Waste Not, Want Not

Last year I ended up with a bunch of Christmas cards that I did not want to throw stuff away, so I decided that I was going to attempt to make something out of them. I saw something similar on my friend Tammy’s site, but hers were way cooler since she has the tag punch that makes cool shapes. All I had was a pair of pinking shears and a hole-punch. I am not very crafty, but it was fun anyway and they work, even if they are not beautiful.

In an effort to get rid of stuff and keep my suitcase storage unit life organized, I am trying to use things I already have to aid me in wrapping and boxing and ribboning. It is hard, because you don’t want to save too much stuff, thinking “I will use this later” (just like the similar, “I will fix this later” and “I will make this later” where stuff starts to easily pile up), but I hate to have to go out and buy something that I know I could have easily already had.

Even worse is when you do save something to use and then you can’t find it so you have to buy it again anyway. This happens to me when I am traveling. For example, I went to Missouri in June. It was HOT. As autumn started to arrive, I had to buy a couple of sweaters even though I already had plenty at home. Since I was not going home any time soon, it was the only solution, other than having some sent. However, I solved it by buying them at the thrift store for two dollars each.

Oops, I got sidetracked. What I was trying to say is that this year I not only saved the cards from last year, but I made something out of them AND found them so I could use them again this year (that last part is key). Score, score and triple score. I even talked my Dad into using some of them! He’s weird though. He doesn’t care if they match the wrapping paper or not. Doesn't he know they are supposed to match? (yes, I know, I am the weird one)

Pinking Shears
Hole-Punch (or you can buy one of those punches at Michaels that make your card into a certain shape. They are really fun. There are round, flower shaped and many more.)
Colored Pens
Last Year’s Christmas Cards 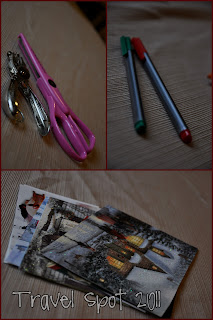 Cut the cards into different sized squares (or whatever shape you want really.) 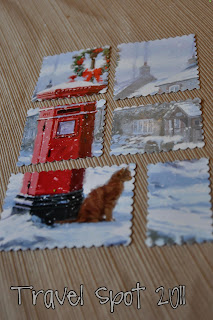 Punch holes into them. I couldn’t decide whether to do it in the middle of the top or the corner of the top. I ended up choosing the middle, but after using a few, I may use the corner for some of them next time. 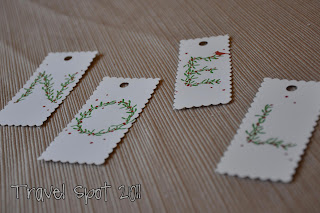 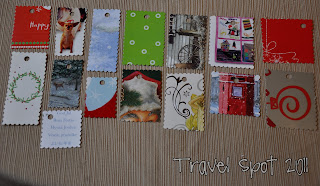 If you want, you can write “to” and “from” on them now. I did some for now and then wrote on others once I wrapped the gift. It’s up to you. 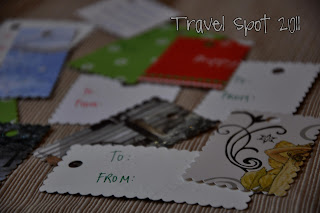 Now you have fun Christmas tags! 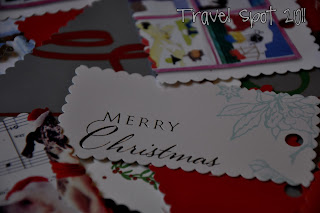 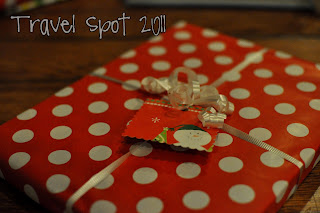 Email ThisBlogThis!Share to TwitterShare to FacebookShare to Pinterest
Labels: 2011, Christmas, Crafts, How To, Recycling, Tutorial