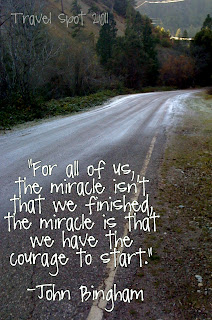 So the marathon is over. Now what? My mom recently asked me what I would be doing after I finished training for the race. I honestly did not know. Should I take a break for a while, now that I don’t have a race immediately scheduled? Should I keep running to keep up my stamina so when I do schedule a race, I will not have to re-train entirely? I don’t want to lose what I have worked so hard for, but at the same time, it would be nice to NOT have to spend all my time thinking about when I will get a run in and where I will run and how I will get to where I am running. It would be nice to plan some outings with friends without having to think about the fact that it will be dark when I get back so I may not get a run in (so maybe I should not go). I have been thinking exclusively about running for a while. Am I ready for a break?

A recentarticle in Runner’s World said that you should take as many days off of running as the number of miles in your last race. For example, if you just ran a half marathon, you should take 13 days off from running. RW suggests that the holidays are an ideal time to do this, since most people are busy and have so many other things to do. They say that for the first couple weeks of your break, drop mileage to zero and do light cross training instead. For the next three to six weeks, add running back in slowly: For two weeks, run 25% of pre-break mileage; for two weeks run 50%; the last two weeks, run 75%.

Last week I ran 18 miles. This is roughly 41% of my pre-race mileage. I feel great. I “only” ran 3 days last week and my runs were 4, 6 and 8 miles, which seemed like nothing really. I feel like any less would be a cop out, but only because it is less that the number of miles I am used to. Without a weekend long run of 13, 15, 20 miles, it feels strange. But maybe it’s all in my head. Maybe I should tune it down a little for the next couple of weeks?

Don’t get me wrong; I am not done running by a long shot. Next year I have a few things planned. There is the 12 in 2012, where I will run 12 half marathons in 2012. There is The Relay, which is a 199 mile, 12 person relay race from Calistoga, CA to Santa Cruz, CA; it even goes over the Golden Gate Bridge at midnight! I will talk more about both of these as the plans come together. There is also the possibility of another marathon. NYC perhaps (if I can get in)? There are things happening. But they are not this week or next week. They are at least a month and probably more from now.

So I am trying to break the mental feeling that I HAVE TO run and that if I don’t run a certain number of miles that I am doing something wrong or that I am not achieving my goal. I am trying not to log miles just to get my numbers up. But it is strange to not have a goal and to increase that goal each week. I am a goal oriented person.

So my goal is: To run because it’s fun, to run to keep myself feeling healthy (and so I can eat more cookies) and to run when I can, as much as I can, but to not worry if I can’t. Also I will try to do one day of cross training per week (which will probably be hiking).

Think I can do it?

Don't forget to go and link up with Jill if you have a Fitness related post!

How do you handle the days and weeks after a big race? What is your recovery strategy? Do you feel weird if you don’t log a certain amount of miles?
at 03:00