Happy Monday everyone! I hope everyone had a great weekend. I sure did. I have so much to talk about, but I am without my own computer today and I don't know about you guys, but when I am using a borrowed computer, it seems like I am much less organized. I mean, am I the only one who gets bothered by having to put my password into everything all over again? Or the history bar not auto populating when you go to check out your favorite blog? I know; it's not a big deal, but all my photos and downloads and everything are on my computer and it's just so much more convenient to use it! Now that I have rambled on about nothing for the last five minutes, lets get to it!

- I guess I am the snake woman, because yesterday during my run, I saw a snake...eating a mouse! I mean, the mouse was tail end in the snakes mouth and he was being devoured as I watched. Luckily (am I the only one who thinks this is lucky?) Mr. Lovely was biking with me and he had his big camera and he got some nice shots of the entire process. I think stuff like that is cool. If you are a vegetarian or a mouse lover, I apologize.

- I developed a bit of a cold this weekend. In order to try to alleviate it, I had one of these. I think it helped.


- My little veggie plants are wilting. I haven't talked about them, because I wanted to be able to say: hey, I am growing plants and they are fabulous! But they are not. I think it's a combination of bad drainage and over watering. Or do those go hand in hand? I don't know. I started a bunch of seeds and they were doing so well...until I transplanted them and then? Saggy McSagster. Phooey. I may just have to buy whole (half grown) plants. Otherwise I won't have tomatoes until December at this rate (or never).

- Between the car breaking down and my moving, I have been without the Garmin for a couple of my runs. What I found out? My "comfortable", Garmin-less pace is around an 8:30-8:40, which is good because I am supposed to be doing my easy runs at about that pace! I don't mind running without the Garmin as far as the total run goes, but I do like having the data afterward to look at and analyze. 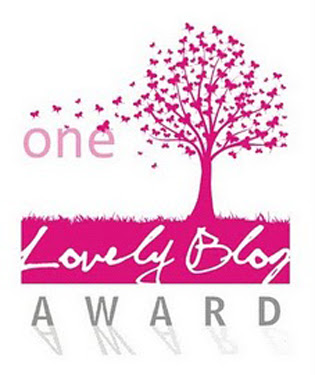 - Last but not least, Laura gave me the One Lovely Blog award! I am supposed to 1) Post the award logo and picture on your blog and link back to the person who nominated you. 2) Tell seven things about yourself. 3) Nominate up to 15 additional bloggers whom you think deserve the award. 4) Post a comment on the blog of each nominee to tell them they have been nominated! Since I already told you 4, here are three more little facts.

- I am 4th generation Scottish. My great, great grandparents came over via Canada. They lived near Banff (I can't remember if they lived in BC or Alberta) for a while before coming south to the US.

- I keep my fingernails very, very short. I don't bite them, but I can't stand having them as any more than a tiny sliver of white. I also do not paint them. The chipping drives me insane.

- I could eat a burrito any time of day. I love them.

- Speaking of burritos, yesterday I went for a burrito and decided to try the menudo, since they only serve it on the weekend. If you are not familiar, it's a soup made with intestine that is a very traditional Mexican dish. I have never tried it, not because the guts part grosses me out, but just because I like burritos, so I usually don't order other stuff. But I was hungry and I decided to give it a whirl. It wasn't bad, but it definitely has a distinct smell to it!


(apparently I can't count, because that was four more, but I am leaving it as is)

- As for the tags, I am going to give this award to a few lovely ladies: Lisa, Amber, Amber, Nilsa, Stephany, Robyn, Carrie, Elle, San, Suz, Vanessa and Nora. Ladies, if you already did it, great! Everyone else, if you want to participate as well, I encourage it!

Are you adventurous when it comes to trying new foods? Have you ever witnessed an animal eating another animal? If you could eat one thing only for the rest of your life, what would it be?
at 09:17