The Spice of Life

When I was growing up, my family had a lot of phrases that were used in order to keep us in line or to remember things. They were used frequently, some more than others. I am not sure that sometimes they were even true. However, I have a few examples below. You can tell me what you think.

Waste Not, Want Not: For example, if you were full and you still had food on your plate. Or maybe you were giving an ugly sweater given to you by a distant relative to Goodwill. This is a close cousin to “People are Starving in China”. Although I am not a fan of needlessly throwing things away, I believe this was a ploy put in place by my family to make me eat my Brussel sprouts. No, but really it's good to learn early to use what you have rather than needlessly buying more things!

The Lazy Man Always Works the Hardest: This was a classic and was used frequently. For example, when stacking firewood, if you took one piece at a time and carried it from one pile to another, you were deemed the “lazy man” because you should be taking several sticks as a load, rather than one. I actually agree with this one to a certain degree. I am not sure if the lazy man works the hardest, but he definitely takes the longest! So, it essentially means: sit down and take time to figure out the most efficient way to do a job before running willy-nilly all about the place.

Cheaters Never Prosper: Obviously, this one is pretty common and is self-explanatory. Don’t cheat. It won’t get you anywhere. This is a good lesson to be learned, except that it is not always true. However, true or not, you should hold yourself in a high esteem and follow it, even if other people do not. This goes well with “Two Wrongs Don’t Make a Right”, which was another family favorite.

A Penny Saved is a Penny Earned: Financial responsibility started early in my family. This saying is interesting, because if you turned it around to a Penny earned is a Penny saved, it may or may not be true, depending on who is doing the earning. The way that it is, it may still be debated, such as, isn’t a penny saved just a penny saved? Either way, I started saving my pennies early in life. I guess the point is that it's easier to save one that you already earned than to earn one more from working more.

A Pint’s a Pound, The World Around: I am still not sure if this is true or not, but I do use it anyway to figure out the weight of liquids. For example, a gallon of milk = 8 pints, therefore, a gallon = 8 pounds. It's a good rough estimate.

One Man’s Trash is Another Man’s Treasure: This is true. How many times have you gone through your friend’s old clothes and found a nice new outfit for yourself? However (see Waste Not, Want Not), when you have a slight tendency towards hoarding, you need to be careful or everyone’s trash may be your treasure. My family is not on the scale of Hoarders, by all means, but you still have to watch what you save. Sometimes it really is just trash.

A Job Worth Doing is a Job Worth Doing Well: Amen to this one! I hated it when my Dad would inspect my sweeping and mopping job with a fine toothed comb, but now I know he was just trying to teach me not to do a job half way. I have worked with many an adult that has still never learned this lesson. They just do the bare minimum and it drives me nuts. If you are going to do a job, do it right.

You Learn Something New Every Day: I have talked about this one before in my What I Learned posts, but this was a common saying around the dinner table at my house. I understand now that this was probably just my parents way of getting us to talk about our days, as well as trying to get us to realize that we really do learn something each day, whether it’s book smart or street smart or just a joke told to us by a friend. Don’t sell yourself short. 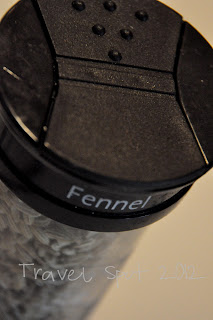 Variety is the Spice of Life: Oh, the spiciness of variety. This one could give you the wrong message. Maybe it means: don’t get married? Or perhaps: don’t eat chicken EVERY day? I think it means that we should try not to be close-minded and we should try new things, go to new places, see new things and meet new people. It means that we shouldn’t limit ourselves to the small world that we live in.

Of course there were many, many more, but the above were some of the ones that stuck with me!

What sayings were used by your parents to keep you in line? What phrases do you use with your kids? What is your interpretation of the "penny saved" phrase?
at 03:00