This weekend I traveled to DC alone, because I wanted to go to DC and run the Cherry Blossom 10 Mile race. So I did. I often travel alone. It's not that my friends don't want to travel, or to come with me, or to support me. They just don't have time, or the money. That's okay though. I realized some time ago that if I wanted something, I needed to get it myself. I have to work for it; I have to plan it; I have to do it. Myself. This is not to say that if someone said they would come with me to DC I would have been unhappy. I wouldn't have. I would have loved it. However, I have learned not to hold my breath.

I guess this makes me sound kind of jaded. Well I am. Some people make time to read; some people spend their money on shoes or booze or a cruise. I spend both time and money on travel and lately, I have been spending it a lot on running. Signing up for races, traveling to get there, paying the price to stay where I am running (or hopefully having a friend to stay with) adds up. But I wouldn't change it for the world. I love it, both the travel and the running. Two things I can and will do alone.

A while back, the NY Times published an article about living alone and how weird you get when you do it. This article went to extremes, using examples such as people who talked to themselves, didn't always leave the house fully clothed, who left the bathroom door open or ate strange foods at strange times.

I admit, this trip as well as most of them, does make me realize that I do have some quirks. I like eating when I am hungry and not having to worry about when someone else is hungry, or the plans someone else has made. I don't always eat "real meals". I can have 3 apples and a carton of yogurt for dinner (ie I like eating strange foods at strange times).

I like going to the museums and deciding, after being trampled by 6 million elementary school children, that I want to leave, and go get a hot dog (which I will eat standing up, on the sidewalk, at a weird time of day). 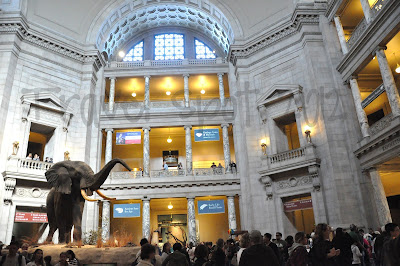 I like stopping to take millions of photos of one tree (is that weird?), and not having someone trailing ahead of me, sighing heavily. I like doing what I like to do, and not having to worry about anyone else (and I like leaving the bathroom door open. What's wrong with that?)

Does this make me selfish? Yes. I am listing extremes, of course. On the other hand, I like planning out which museums to see with someone, and having their ideas, which you didn't even consider, turn out to be your favorite part of the trip. I like trying new things, that I may not try alone, not out of fear but out of ignorance. I like having someone to share exciting new discoveries with. I even like sharing a meal, at a regular time of day, sometimes.

So, I figured out how to have it all. Mr Lovely, who did not come with me, was subjected to a barrage of text messages and photos of "cool stuff". I frequently updated him on which museum I was in, which one of the 6 million kids were annoying me, or how cold it was before the race. He helped me decide to go to the Museum of American History (cool) but I vetoed his vote for Air and Space (I've been there several times already). Luckily, he is very patient and is a good sport and he even responded once or twice.

So, through the miracle of technology, I can still be alone but I can still share the joy, some of the decisions and...(blurry photos of) a strange meal in a strange place at a strange time.

Do you travel by yourself? What is your favorite/least favorite part of traveling alone? Who is your faraway text buddy when you have something to share?
at 03:00