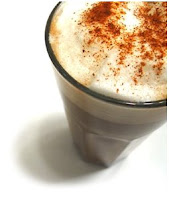 “Save now. Fewer trips to the café now can lead to more vacations later,” says Fidelity.


“Figure out your ‘latte factor’, be it your frequent lunches out, your fetish for new shoes, or your everyday coffee, and minimize it or cut it out entirely,” says the man on CNBC.

This seems to be a common theme with the retirement gurus. Skip the coffee, save a few extra dollars for later. It makes sense, right? 5 dollars a day for coffee can lead to an extra 1500 dollars plus in your savings account. To me it does make sense, and to one friend whose dad’s motto is “save today, spend tomorrow” but not everyone agrees with us.

I spoke with one friend who when I suggested she start saving money now, said, “Why worry about later all the time when you should be thinking about having fun right now?” At first I thought, “Wow, she is so naive! She is going to be screwed later!” Then I spoke to my dad, who was the one that first taught me how to save. He said, “Sure, cut out your latte now and then, but don’t deprive yourself of all fun now by always worrying about later.”

Dad saves the day again. Leave it to him to depart some words to the wise regarding finances. Save now, sure, but have fun in the meantime. What is the point of saving all your life if you are not going to get to enjoy it? I am not saying that I am going to die tomorrow, but…what if I did? Would I be happy with my life so far? Would I wish that I had blown a little more money on shoes instead of scrimping and saving for my non-existent retirement?